It is common in the shooting industry for manufacturers to develop “takedown” variations of popular rifle models. The purpose of this is for ease of transport, storage or use as a survival device. Many takedowns are intended to supplement a primary weapon and allow carrying of multiple firearms for niche purposes. In recent years with the rise of the popularity of the AR-15 many manufacturers have improved on the compactness of the AR-15. There have been new collapsible and foldable stocks as well as changes to the buffer tube to allow folding. With the combination of a short-barreled AR rifle and a collapsible or foldable stock, the rifle can be easily stored in backpacks, small cases, vehicles and survival kits. This allows a very accurate and capable platform to be stored compactly and ready for quick deployment.

Many of the components that allow folding of the stock are expensive and owning a short-barreled rifle requires a tax stamp and is considered an NFA item by the ATF. Many shooters think the expense for these components are worth the cost and don’t mind jumping through the ATF hoops to receive their tax stamp. However, we developed an AR-15 “Takedown Block” to a create a universal and affordable alternative for takedown, transport and storage. This device is very versatile and can be used with almost all standard upper and lower AR-15 and M16 receivers.

M-16 and AR-15 style rifles are designed in such a way that they can be easily disassembled for cleaning or transport. There are two pins that allow the upper and lower receivers to be easily separated. The rifle can then be stored in a small case for transport, however, the bolt can now fall out and the inner workings of the firearm are exposed to the elements, dirt, dust, etc.

This new takedown block device is a built in such a way that it allows the upper and lower receivers of the rifle to be securely attached to it in the "take down" configuration. It allows the reduced length of the rifle to be utilized for storage and transport, but in a more secure manner. The invention will keep the rifle together and prevent loss of parts and contamination. The new device can also allow the owner of the firearm to lock the upper and lower to it for additional security and prevent use by unwanted parties.

This device mimics the configuration of the upper and lower receiver attachment points but arranges them 180 degrees from the "assembled" configuration. This allows the lower receiver and butt stock to be oriented parallel and in the same direction of the upper receiver and barrel. With both facing the same direction it allows the transport of the rifle in a configuration that takes up much less length of an assembled rifle. The container required to store the rifle only needs to be as long as the longest component which is usually the upper and barrel.

Additional security benefits include the ability of the rifle to be locked in the "take down" configuration by using a cable style gun lock to secure it. This creates several layers of security by preventing use from unwanted parties. If the rifle is in storage and locked to the take down block, the lock would have to be breached, the upper and lower removed from the take down block, and then reassembled. 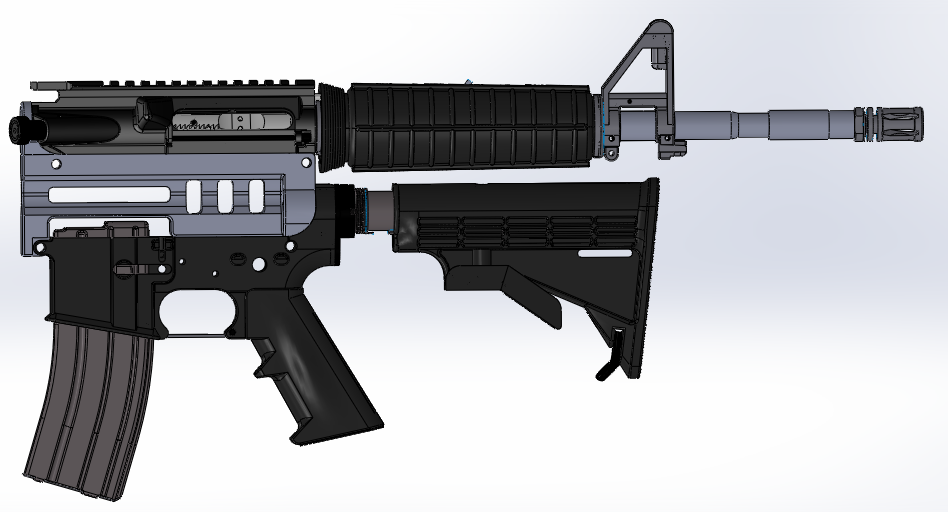 In figure 1, a person can see a rendering of the block and an AR15 upper and lower receiver attached to it. This is the “take down” configuration that the device will allow the rifle to be stored in. The barrel and butt stock of the rifle are not shown in this figure. 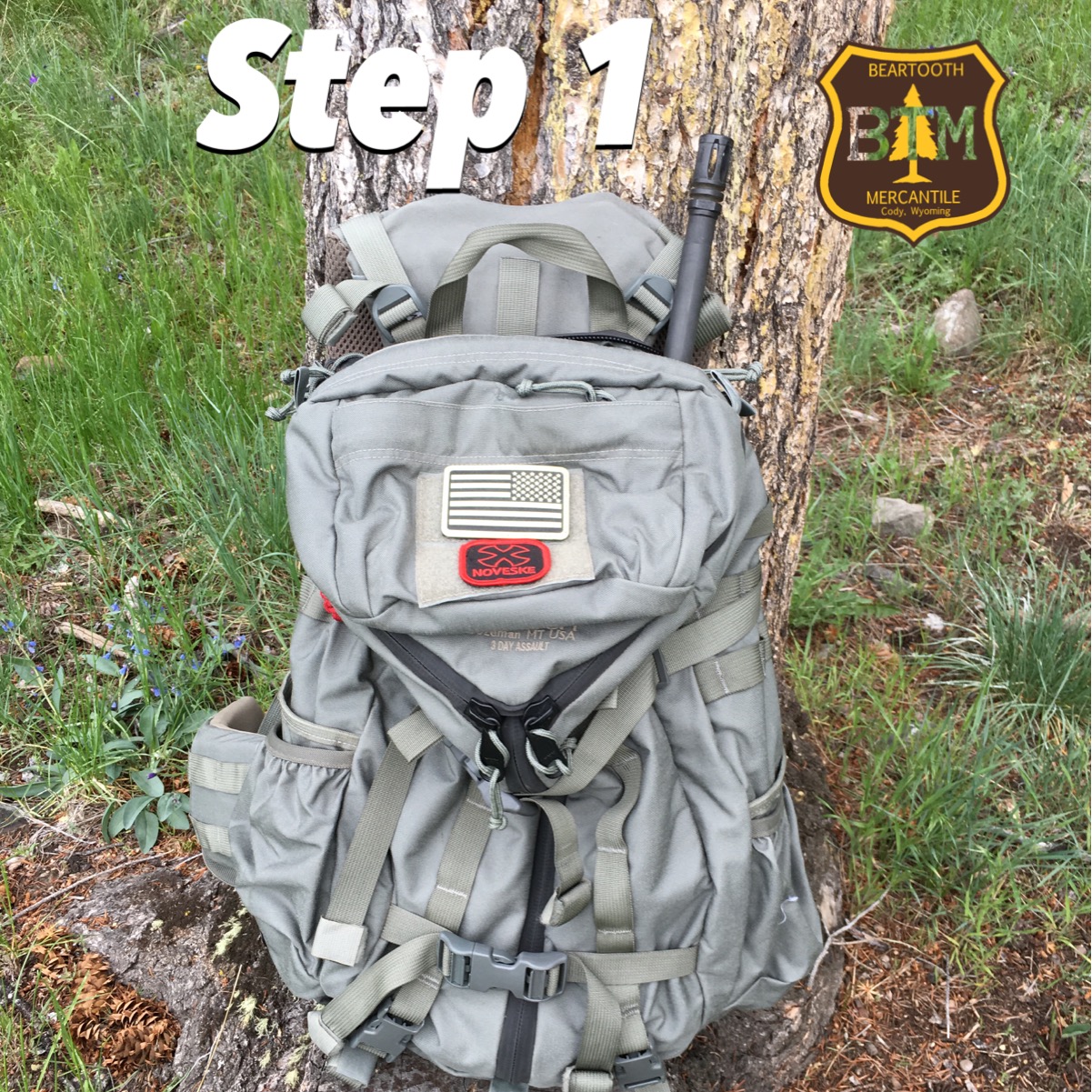 Rifle in take down configuration, stored in a back pack. 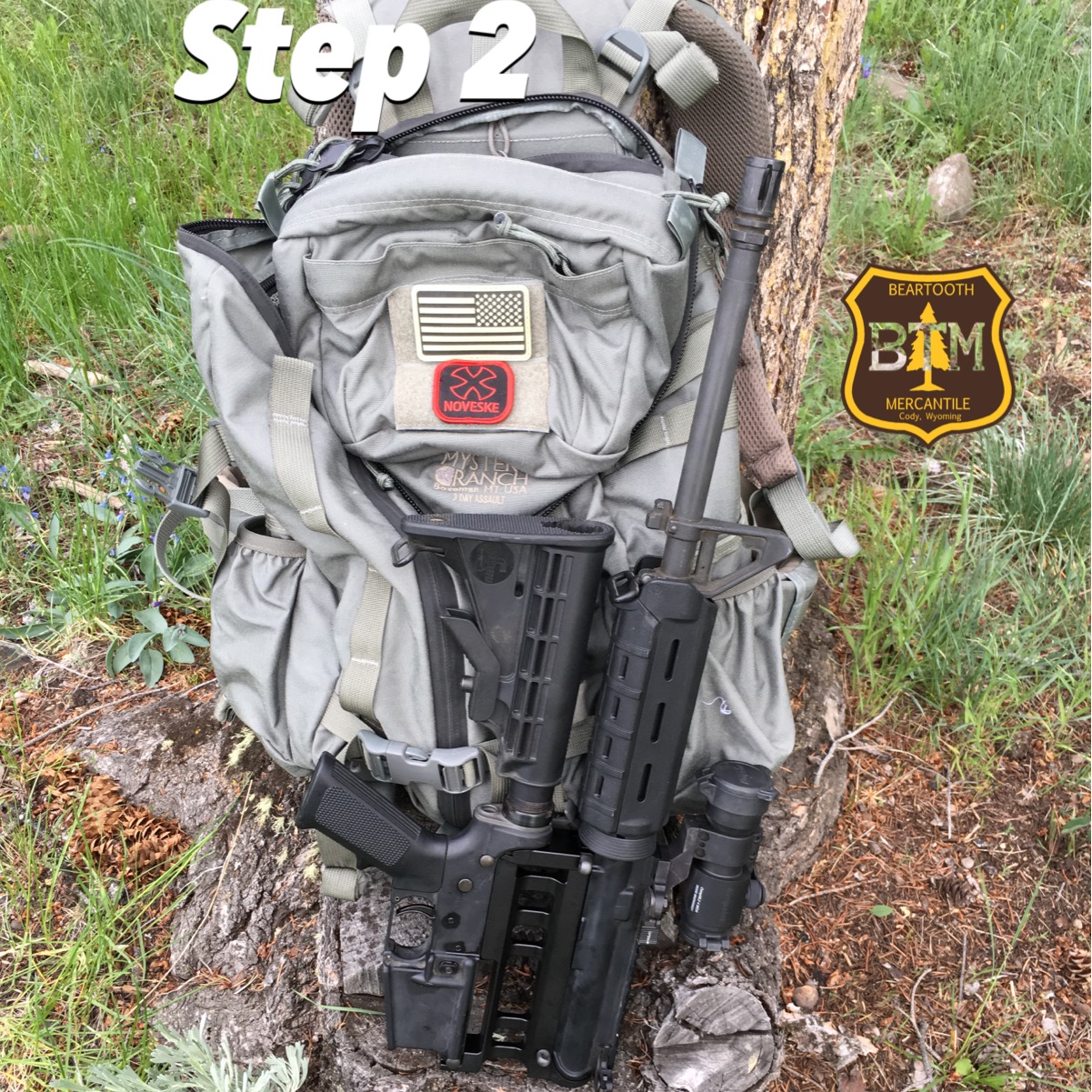 AR block assembled with rifle in take down configuration for transport in a back pack.

Rifle in take down configuration on the take down block shown with back pack. 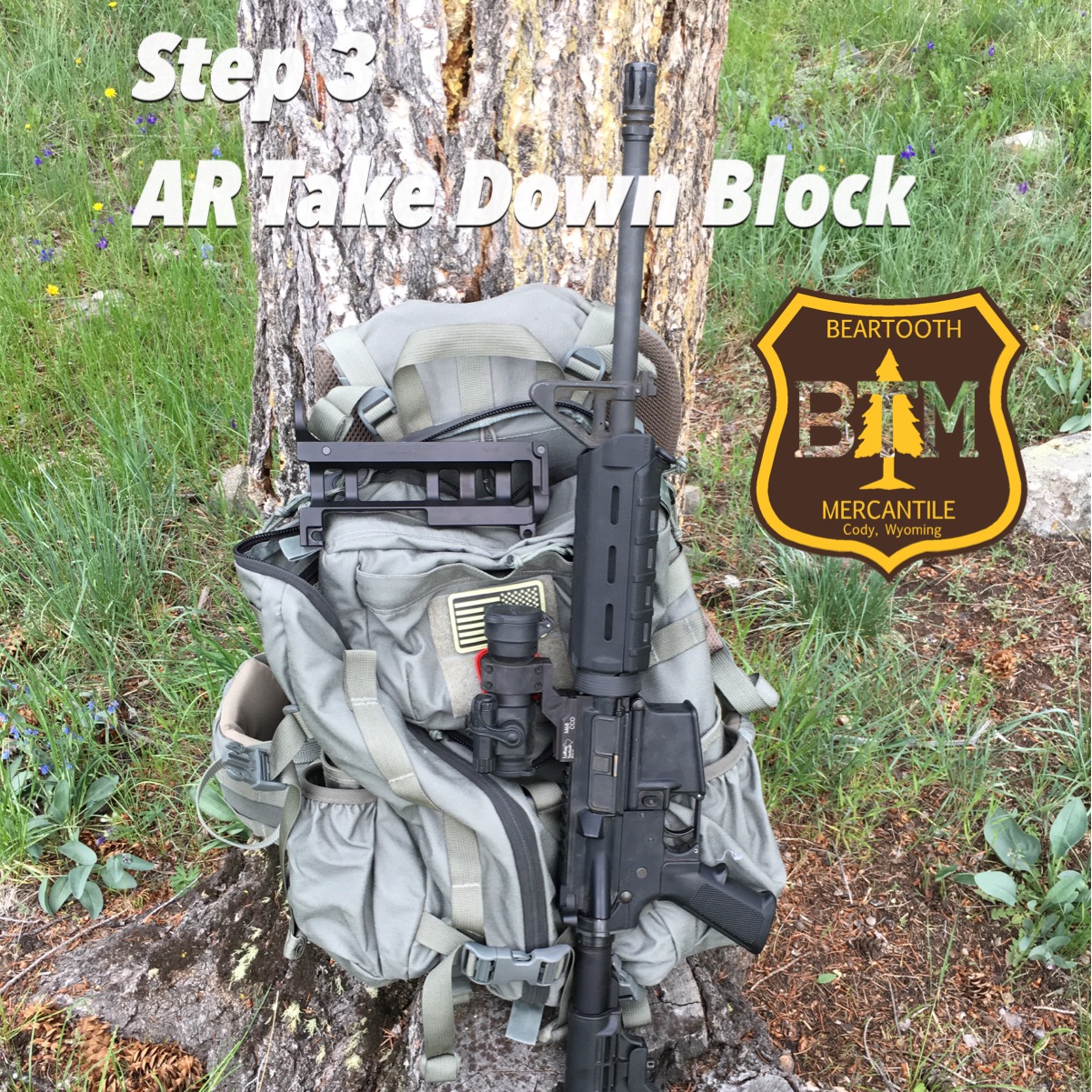 Rifle next to back pack with take down block. Rifle has been assembled for use.